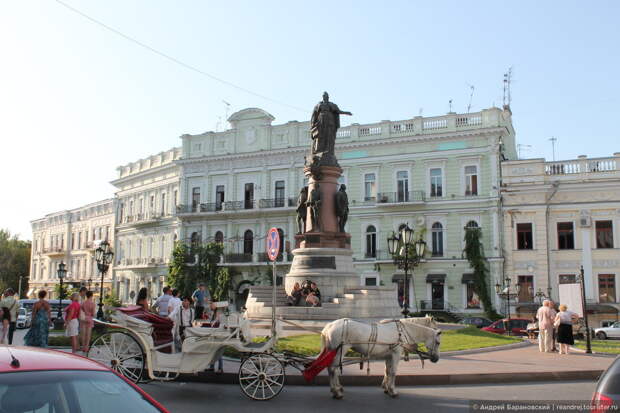 The Vitaly book delves into the author’s homeland of Ukraine, a large European country known for its natural and artificial beauty.

As one of the largest countries in Europe, Ukraine is known for its stunning natural beauty and rich cultural history. Visitors can explore the high mountains of the Carpathians, the warm waters of the Azov and Black Seas, and the ancient cities with their unique architecture. The vast expanses of protected steppes are also a must-see for nature lovers. Ukraine has a reputation for legendary hospitality, blending traditional folk culture with modern trends.

More than 30 nationalities live in Ukraine, and every region has its exciting feature.

The capital city of Kyiv, located on the banks of the Dnieper River, is Ukraine’s cultural and spiritual heart. Its beauty is evident in the chestnut tree-lined streets, the majestic golden-domed St. Michael’s Cathedral, the Vladimir Church, and the Kyiv-Pechersk Lavra. Kyiv is also home to museums, theaters, galleries, and exhibition centers. The city’s Andriyivskyi Descent and Yaroslaviv Val feature street exhibitions of paintings. In contrast, its parks, historical monuments, narrow streets, and ample avenues and squares offer something for every traveler to enjoy. Kyiv is a city that attracts and fascinates visitors all year round.

As Ukrainians reflect on their independence, it is essential to remember the history of the country’s largest cities and how they came to be. Some of these cities are currently under Russian control. Although the author has not lived in any of these cities, they have had the opportunity to visit some of them. 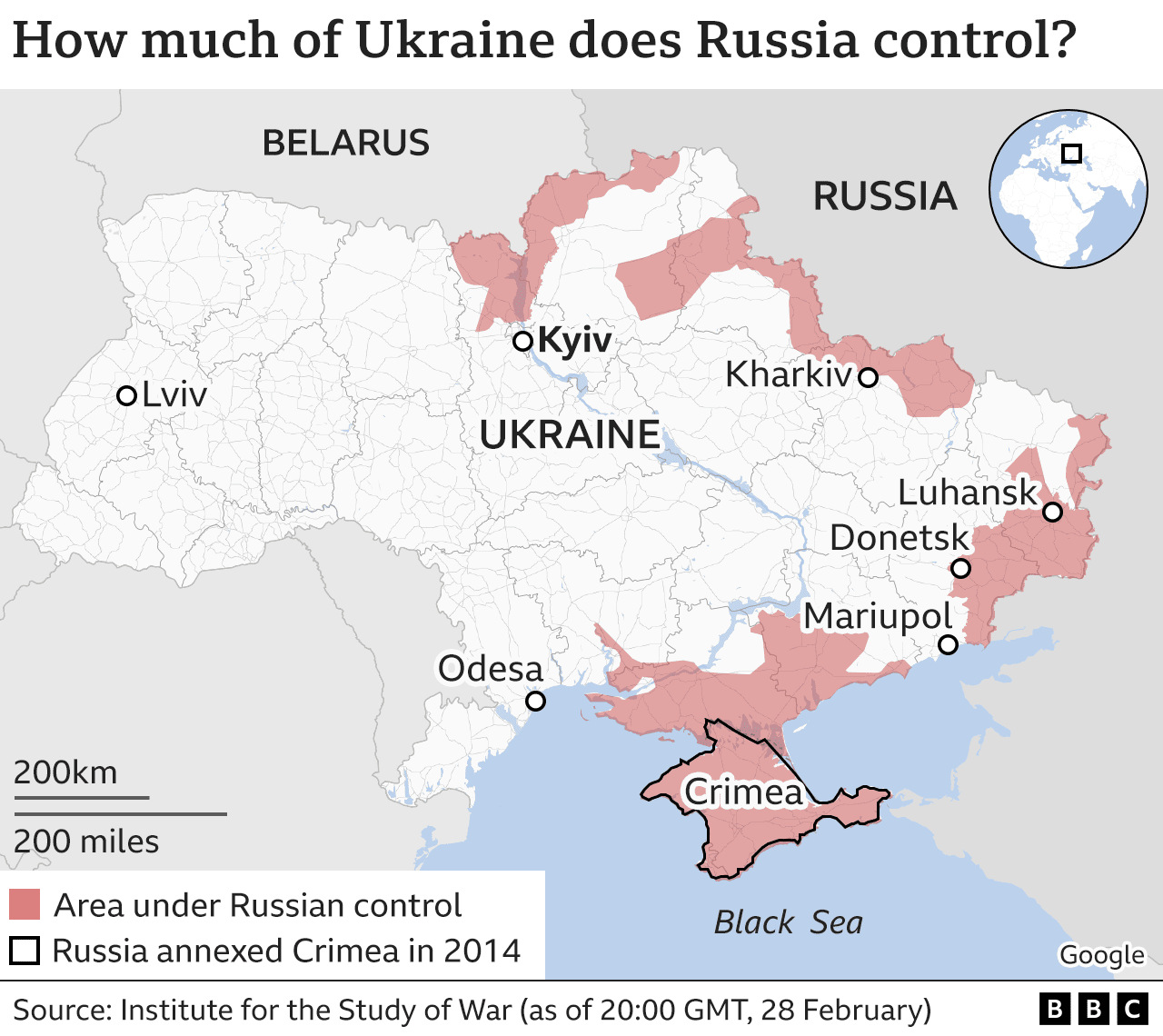 Fortunately, the people I remember and am still in touch with are safe. This article will cover the top 10 largest cities in Ukraine and their Ukraine history, with Ukraine cities maps. 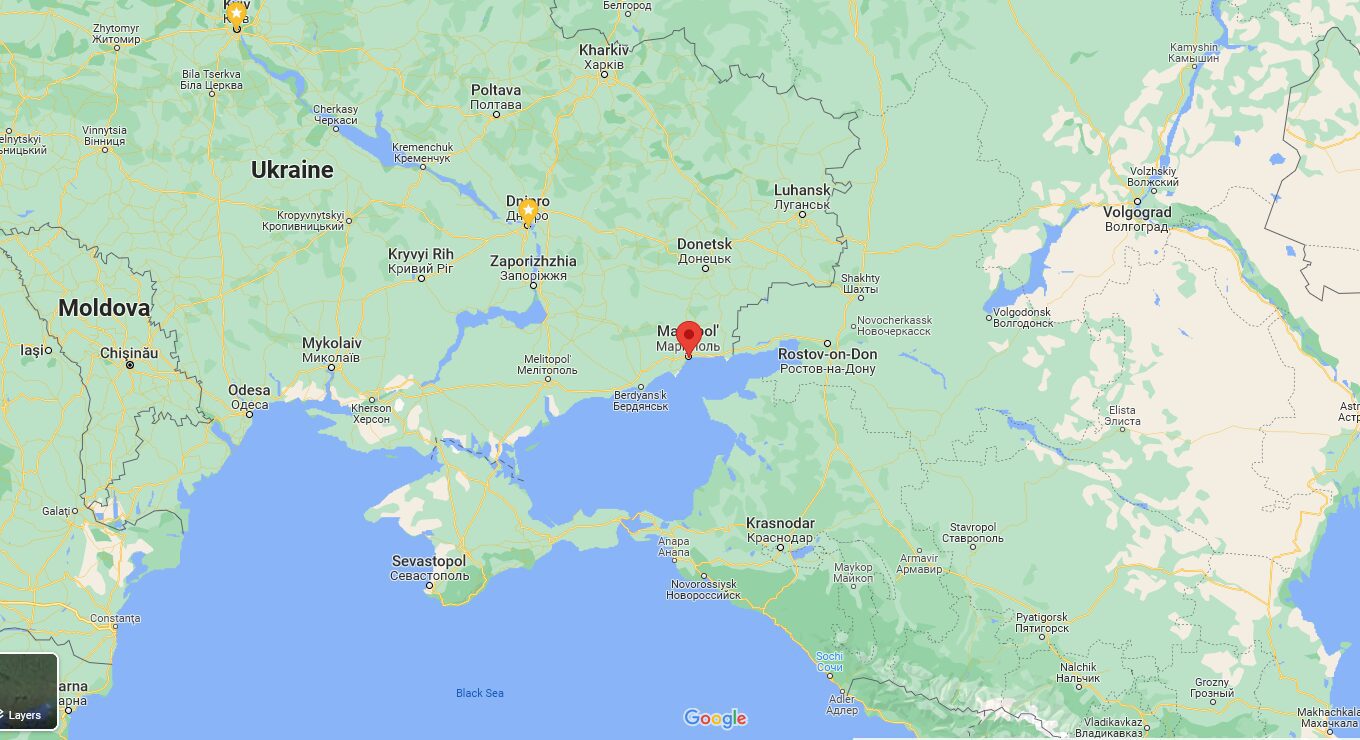 Mariupol is located in the south, not far from Rostov-on-Don.

The Ukrainian population of Mariupol is about 450,000 people. In size, it corresponds approximately to our Kursk, Stavropol, or Sochi.

The root POL in the name means “City” (from the Greek “Polis”). But the root MARI means, most likely, “Mary.”

It turns out that “Mariupol” is the “City of Mary.” Mary exactly is still not precisely explained. There are various versions and legends. Most often, they talk about Mary – the mother of Christ.

The order of Catherine II founded Mariupol in 1778 as the Russian fortress Pavlovsk (the renaming happened a little later). Initially, the city was inhabited by Christians (mainly Greeks and Armenians), who were taken out of the Crimean Khanate (Crimea was not yet Russian). 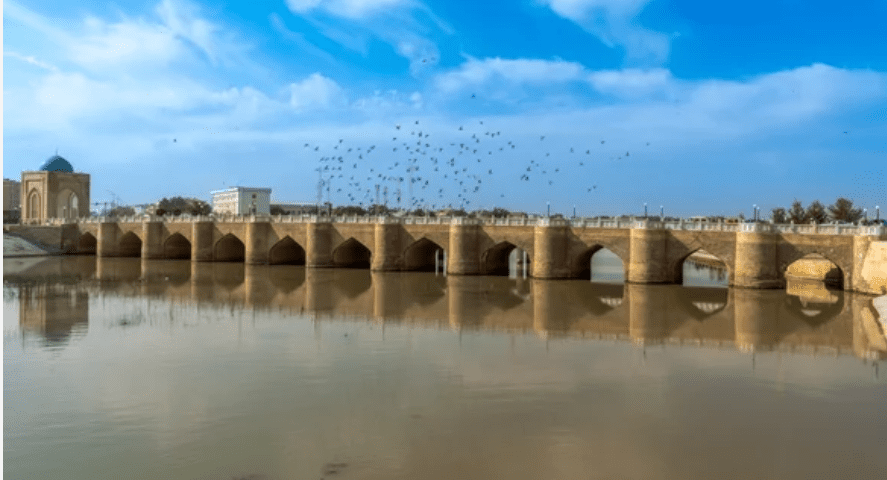 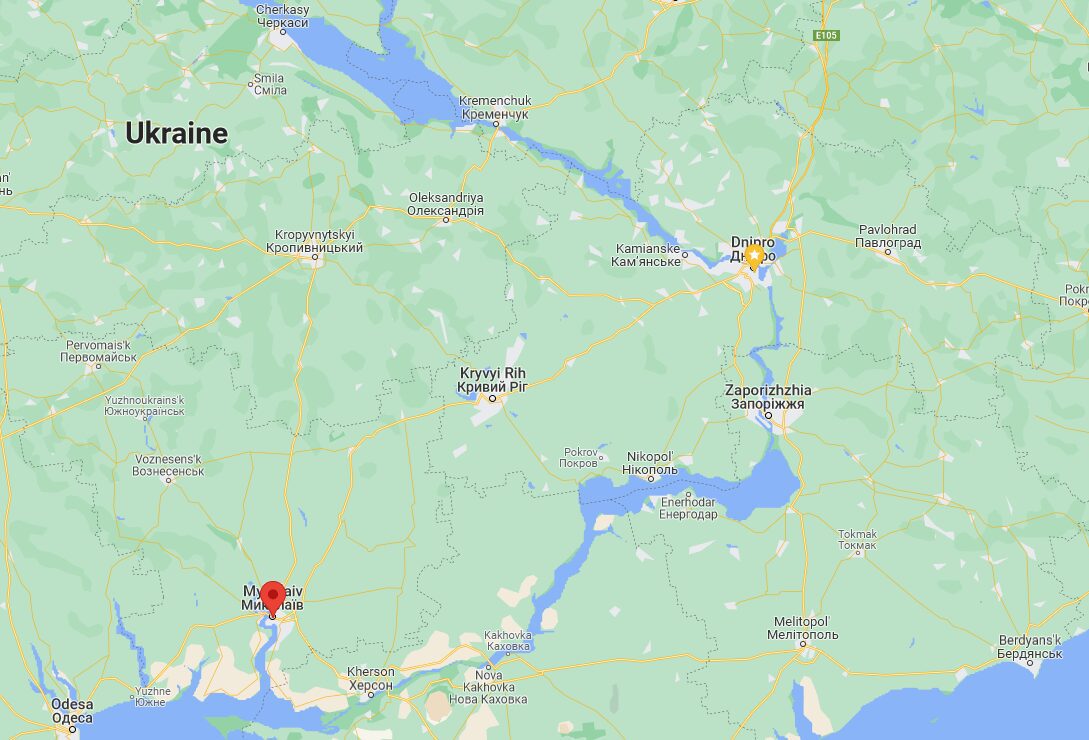 Another southern city of Ukraine, standing on a rather large river, is the Southern Bugh.

The population is 490 thousand (like Kaliningrad or Lipetsk). Initially, the nameless shipyard of Prince Potemkin was located in its place.

Warships were built here to fight the Turks.

When, in 1788, Russian sailors took the Turkish fortress of Ochakov, the city was given the name Nikolaev – in honor of St. Nicholas the Wonderworker (he is considered the patron saint of sailors. It was on his day that the fortress was taken). 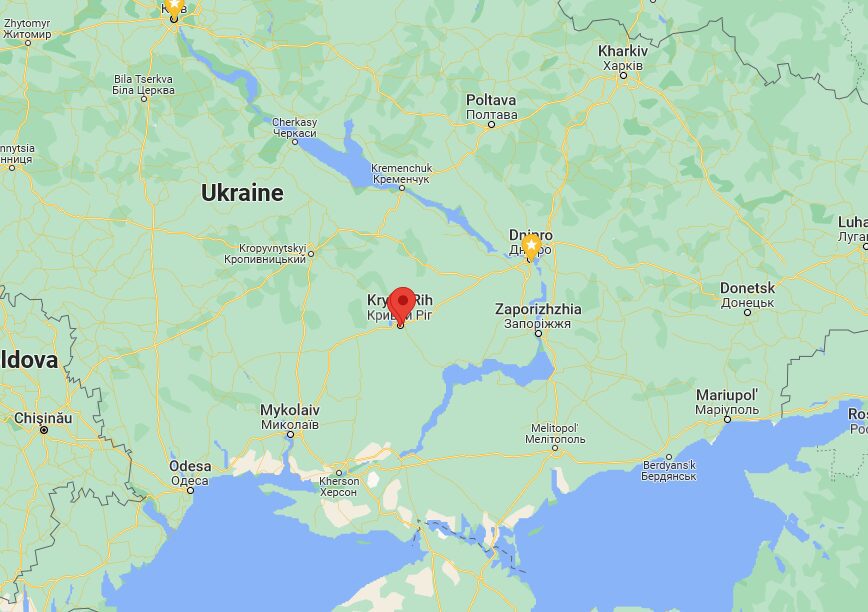 It is located far from Mykolaiv and is inhabited by 650 thousand of people (like our Izhevsk or Barnaul).

Where does this name come from? Everything is straightforward. The city stands on the rivers Ingulets and Saksagan. In the place where the Saksagan flows into the Ingulets, the river makes a sharp bend:

It turns out to be something like a cape. And the cape in Ukrainian is “horn.” So it turns out that Kryvyi Rih is Krivoy Mys.

Yes, also under Catherine II. The official date of the foundation of the city is 1775. You may have noticed that the previous towns were founded around the same time. This is because, during the reign of Catherine, the Russian Empire was actively moving south, displacing the Ottoman Empire and its vassals. 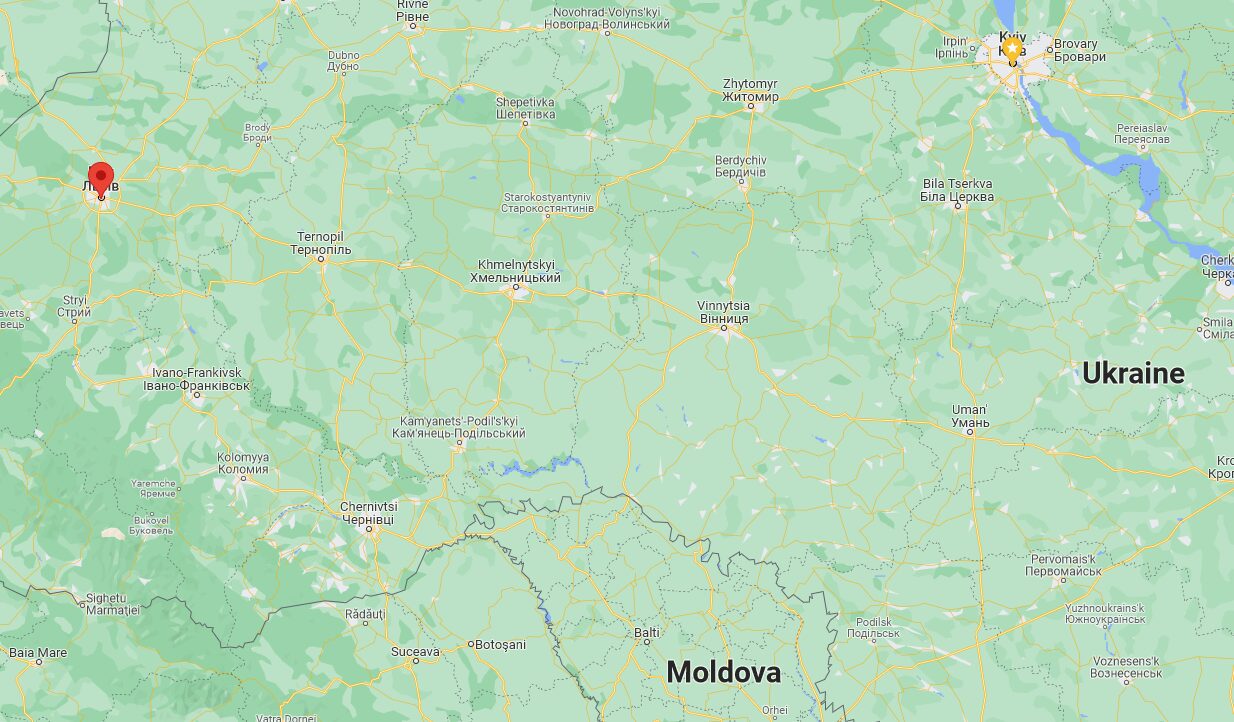 Lviv is the largest city in Western Ukraine. By its size, it’s comparable to the capital, Kyiv. Lviv is one of the largest cities in Ukraine. It is located on the Western side near the Poland border.

The population is 730 thousand people (slightly more than Tolyatti but less than Tyumen).

The first city on our list was founded not under Catherine II and not even under the Russian Empire. The first mention of Lviv is in 1256.

The Kyiv Prince Daniil of Galicia founded the city. Or his son – Lev Galitsky. In any case, the city is named after Lev Galitsky.

Hence, the name of the Galicia-Volyn principality (a Russian principality founded by the Rurikovichs), to which Lviv initially belonged. 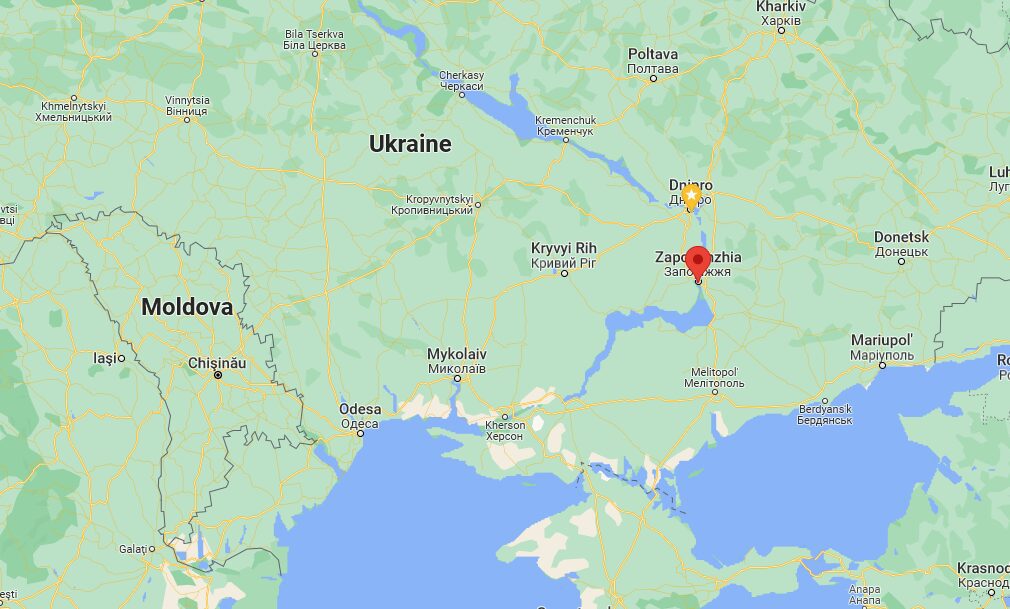 Zaporizhya is a large city on the Dnieper, famous for the DneproGES power plant and the ZAZ plant, where Zaporozhets car was produced.

The population is 766,000 (about Tyumen or half of Novosibirsk).

The city was founded in 1770 by order of Catherine II (yes, yes, again) as the Alexander Fortress. It was renamed after the revolution in 1921, taking the name from the common name of the area “Zaporizhzhia,” that is, “Places beyond the rapids.”

It’s just that before the construction of the Dnieper Hydroelectric Power Station, powerful rapids on the Dnieper interfered with navigation. 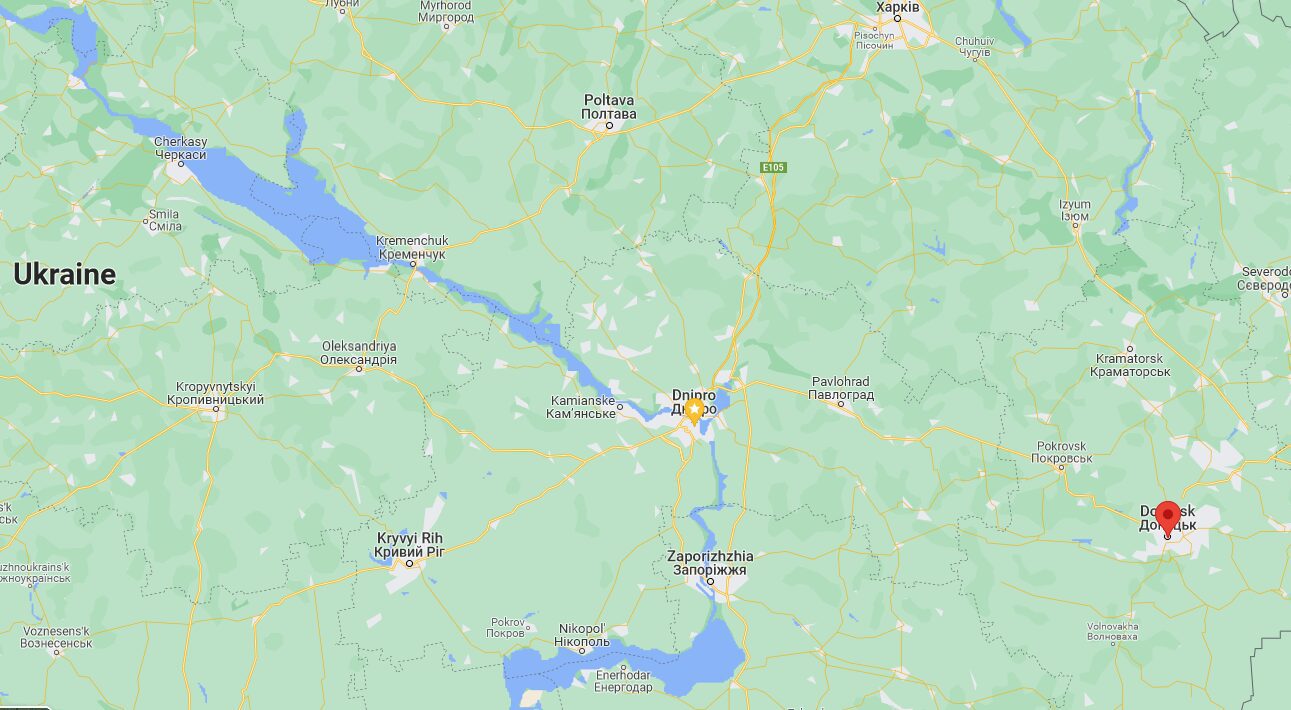 Donetsk is the first million-plus city on our list. True, after the well-known military conflict, the population became more minor, but a few years ago, it was reported that about a million people lived in the city.

If you do not know the history of Donetsk, then you will never guess who founded it.

True, then it was not a city but a settlement of the Russian Empire. John Hughes, a British industrialist, founded it. And they called it Yuzovka (the name of the founder).

So. In 1869, a Briton built a metallurgical plant in Yuzovka (due to the proximity of coal). Later, under the USSR, Yuzovka was renamed Stalin, and then Stalino (in honor of the leader). And even the area was such – Stalin.

In 1961, Stalino renamed Donetsk, based on the Seversky Donets River (a tributary of the Don), which flows nearby. 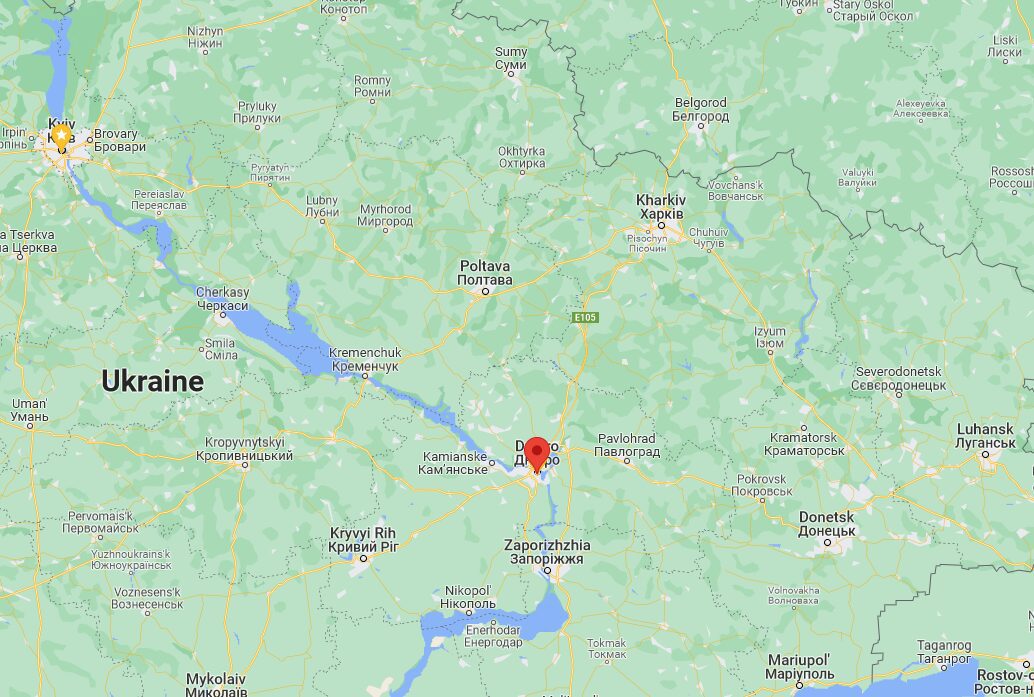 The city of Dnipro is located near Zaporizhzhia, near the sea. Dnipro is a large city with a population of about 1 million inhabitants. I spent my summer preparing meals for a resort while studying the culinary arts in Ukraine in 1997.

The city had multiple names: Yekaterinoslav (in honor of the Empress of Russia), Novorossiysk, and even Samara (a trading Cossack town on the site of a modern city that existed in the 15th century).

The city received the name Dnepropetrovsk under the USSR in 1926. At the same time, the root of the DNEPR came from the name of the Dnieper River, and PETROVSK is not from Peter I but from the Soviet leader, communist Grigory Petrovsky.

That is why, after the fall of the USSR, the second root was removed, and now the city is called Dnipro. 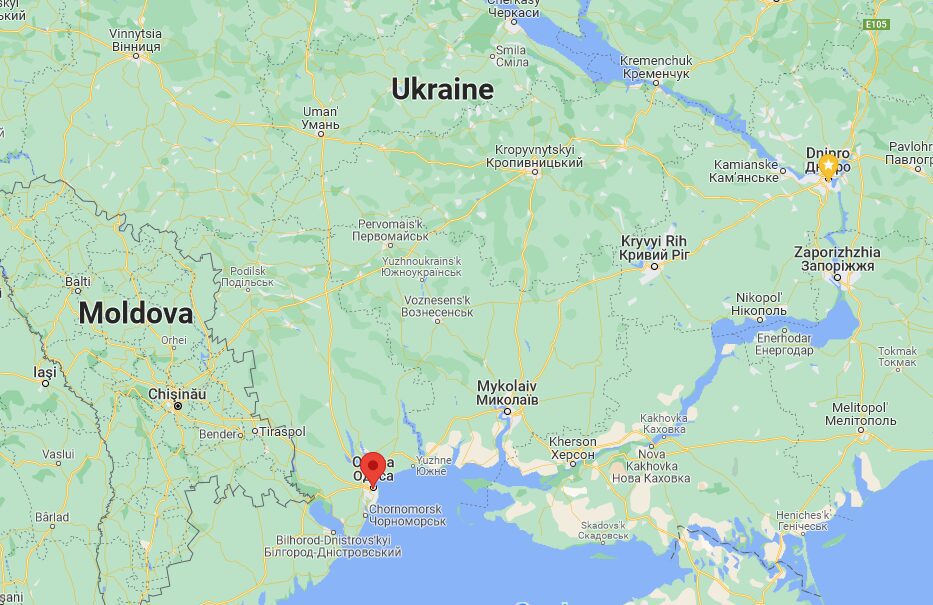 So let’s move on to the top three. The bronze medal is given to Odessa, with 1 million and 20 thousand inhabitants.

The most popular version of the origin of the name is from the Greek colony of Odessos, located nearby in ancient times.

It is difficult to calculate the date of the city’s foundation since various settlements have existed in these parts since the deepest antiquity, since the time of the Neanderthals.

But it was a commercial and military port on the Black Sea that Catherine II founded the city in 1794. 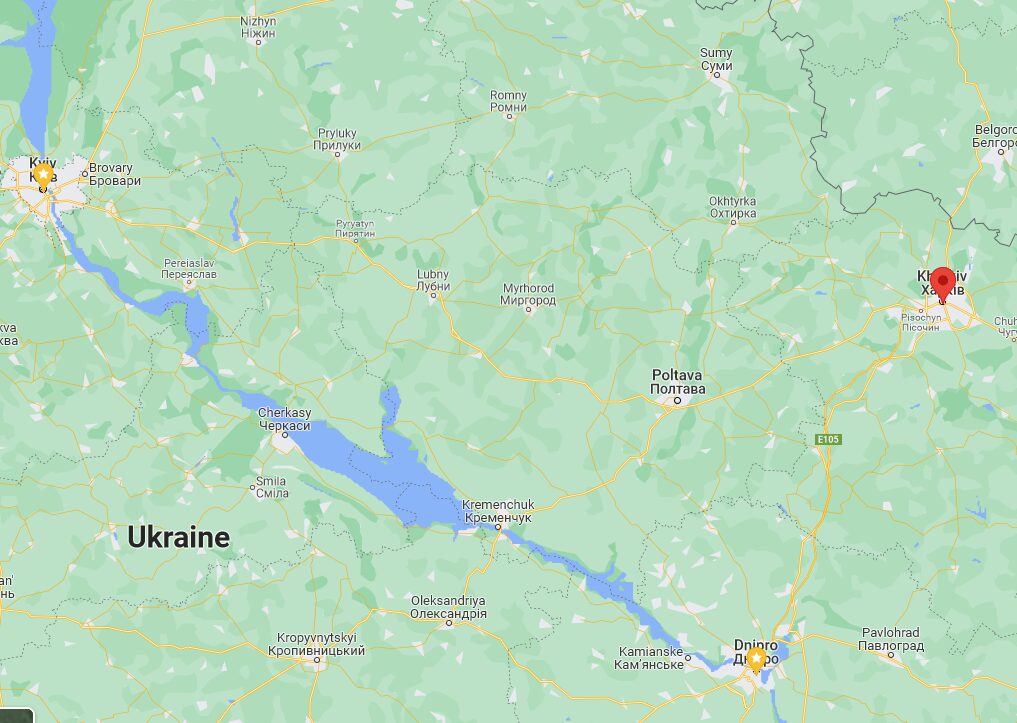 The second city of Ukraine is several inhabitants – 1.45 million. There are only four cities (Moscow, St. Petersburg, Yekaterinburg, and Novosibirsk).

The word Kharkiv appeared on the maps, but no one knows precisely how and why. The name also sounds quite exciting, and there are at least 16 versions of the origin of this word. None of them are considered 100% proven.

Perhaps the city’s name was given by the first permanent resident – Ivan Karkach (consonantly). Perhaps – some semi-mythical Cossack Kharko.

Similarly, it is difficult to say when the city was founded. The modern town is believed to date back to 1630.

And you know, this is the first city on our list, founded, as it is believed, by the Little Russians. These people fled from Poland and Western Ukraine to Russia and founded their shelter on the site of Kharkiv.

It was a refugee camp from which the city subsequently grew. 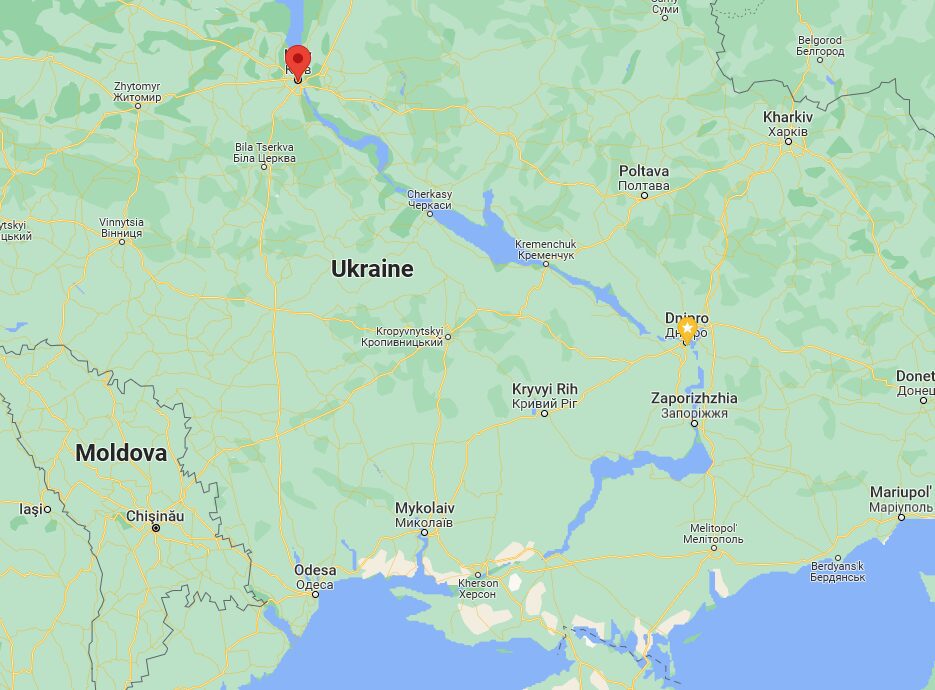 Kyiv, Ukraine, is one of the largest cities in Europe. The population is 2.6 million people. In Russia, only Moscow and St. Petersburg are more enormous.

Wikipedia on the origin of the name says:

The name of the city of Kyiv comes either from the personal name Kyi (“stick, club”) with the suffix -ev meaning “Kyiv city”, or from a topographical term, as in Ukrainian: kuyava – “steep hill”, kuevi – “mountain top” 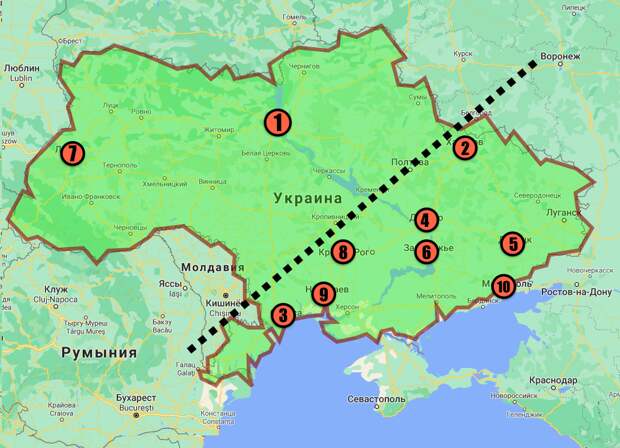 What did we get as a result? Eight of the ten largest cities in Ukraine are located in the so-called Southeast, considered pro-Russian. Six of them were formed in honor of Catherine II …

Under Stalin's rule, the USSR imposed many oppressive measures on Ukrainians. Uncover the top ten efforts that led to suffering for millions of Ukrainians.
Vitaly KirkpatrickJanuary 13, 2023
Ukraine War Today