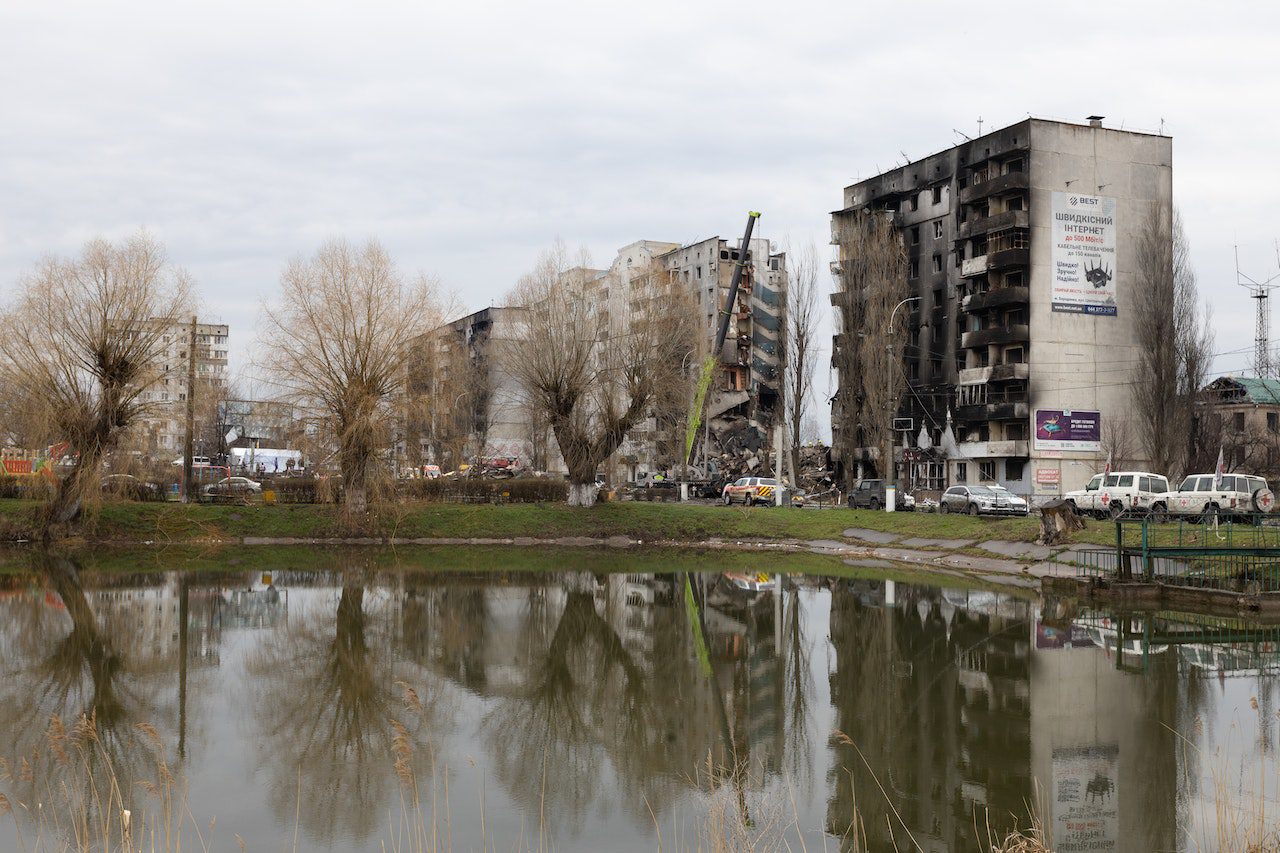 The Crimea Crisis in Ukraine is directly related to Russia’s 2014 annexation of the Crimean Peninsula, which plunged the area into a global crisis. The Crimean Peninsula and eastern Ukraine have been in a constant state of unrest for the past five years as tensions between militants and Ukrainian government forces have persisted. With no sign of a resolution for this bitter conflict, it is crucial to look at how it began, how it escalated, how the world reacted to it, and how it will affect Ukraine in the end. This article will thoroughly analyze how this crisis was resolved and look at potential remedies to what many consider an ongoing dilemma.

The Crimea Crisis In Ukraine: An Overview

The Crimea Crisis occurred when Russia unilaterally grabbed the Crimean Peninsula from Ukraine in 2014. Months of turmoil in Crimea and a referendum in which 97% of participants favored joining the Russian Federation preceded the annexation. This action generated a global uproar and started a series of retaliation acts by both nations, leading to an ongoing impasse. As a result of Russia’s role in the crisis, the United States and other Western countries slapped economic sanctions on it. These measures are ineffective at ending the dispute or averting future violence since tensions have risen over time.

There has been no real progress made toward putting an end to hostilities or restoring Ukraine’s territorial integrity within the borders of Crimea despite numerous rounds of negotiations between Ukrainian and Russian leaders, particularly during meetings held under the Organization for Security and Co-operation in Europe (OSCE) auspices. As both sides are willing to make concessions, no durable peace can likely be achieved soon with outside assistance from more powerful actors like the United Nations or the European Union. The best way to handle this complicated problem needs to be clarified.

The Origins of the Conflict

The Crimean Crisis has its roots in 2013, when Viktor Yanukovych, the president of Ukraine, incited considerable public discontent by refusing to sign a trade agreement with the European Union. In reaction, Russia started a meddling campaign in Ukraine, especially in Crimea, which led to the annexation of the peninsula. This choice sparked months of protests and upheaval in Kyiv, ultimately resulting in the overthrow of Yanukovych’s administration and the establishment of an interim pro-Western government.

The relationship between Russians in Crimea and Ukrainians living in the vicinity had deteriorated before Moscow’s military involvement. Russian forces then rapidly took control of essential locations while the local population held a referendum to determine whether they should side with Russia. The results revealed an overwhelming desire to become part of the larger nation. Subsequently, Putin formally annexed Crimea, which received international criticism from countries such as Canada, Japan, France, and Germany for going against international law.

The Escalation of the Crisis

In 2014, the Crimean Crisis peaked when Russia took the peninsula away from Ukraine, igniting a solid reaction from world powers. To respond, the US and other western nations implemented economic sanctions on Moscow to punish them for the annexation. Nevertheless, these sanctions did not stop or solve the dispute over time.

Under the guidance of the Organization for Security and Co-operation (OSCE), Ukrainian and Russian leaders conducted negotiations to avert further escalation. However, due to the inflexibility of both sides, tangible steps were not taken toward resolving the conflict and restoring Ukraine’s control over Crimea. Despite calls from many Ukrainian organizations to seek the help of the UN or EU in bringing about a peaceful solution that respects Ukraine’s territory, action still needs to be taken.

The global community responded quickly and in agreement to the Crimean Crisis. The United States, Canada, Japan, France, and Germany all concurred that Russia had violated Ukraine’s autonomy and needed honest and open communication through diplomatic channels before taking further action. In a collective statement, the G7 heads of state declared the Russian inclusion of Crimea unlawful and implemented economic sanctions as a consequence of their actions.

The Impact of the Crisis

The Crimean Crisis has had a massive and wide-reaching impact on Crimea and Ukraine, resulting in the death of over 10,000 people due to Ukrainian forces and Russian-backed separatists battling in Eastern Ukraine. Western countries have imposed economic sanctions to punish Russia for annexing Crimea, which has devastated both sides. These sanctions have barred citizens and businesses from both countries from trading with one another or accessing international markets.

The mental strain of this crisis has had a profound impact on those living in Crimea, with no indication that the situation will improve soon. Many people feel trapped in their homes, unable to go beyond Crimea’s borders without the risk of punishment from either Russian or Ukrainian forces. Ukraine’s constant uncertainty and instability only increase their despair, as they know, tensions could dramatically worsen if not appropriately monitored.

The Crimean Crisis is unsolved, with no resolution that satisfies Ukraine’s control of the region. To break the deadlock and find a compromise, influential organizations like the UN and EU must show their power and ask each side to make compromises for peace; this has yet to occur, even though multiple international organizations have asked for action.

To create a lasting solution, we must look beyond Crimea and consider the reasons for this crisis, such as Russia’s offensive behavior towards Ukraine in the form of military backing of separatists in the east and cyberattacks against it. We need to work on these issues to develop a satisfactory resolution to help those affected by this situation instead of making matters worse.

The continuing repercussions of the Crimea Crisis have highlighted the challenges faced by regional disputes. To avoid further escalation of tensions, Ukraine and Russia must work together through open communication to reach a mutually agreeable solution that aligns with national interests and international law. The mutually agreeable solution will help better understand the complex economic and political dynamics and the needs of all parties involved. It is necessary to consider various perspectives when forming policy and security measures.

It’s time to unite and help our brothers and sisters in Ukraine. Vitaly is working with locals to help deliver the necessities and funds to the hands of the families that need them most.

Please send me a message if you have any queries, need further details, or want to donate.

Ukraine update: Meet Vitaly, a Ukrainian American, despite the difficult childhood, he is raising money for Ukraine through this fundraiser.
Vitaly MagidovMarch 13, 2022
Ukraine War Today

Ukraine War caused by Putin affected many families. Families with children from all over the country flee to Western Ukraine and abroad. And now, they need your help. This GoGetFunding fundraiser will provide much-needed aid to those Ukrainian families.
Vitaly MagidovMarch 12, 2022

As a young adult, I faced many challenges and obstacles, but I never let them hold me back. I worked hard to achieve my goals and pursued my dreams with determination and perseverance. After arriving in the United States, I worked hard to learn the language and adapt to a new culture. Despite the challenges I faced, I was able to make a life for myself and succeed in my studies and career. Throughout my journey, I have learned the importance of resilience and never giving up. I have faced many difficult situations and challenges, but I have always found a way to overcome them and become more assertive on the other side. Today, I am proud of the life I have built for myself and the accomplishments I have achieved. I am grateful for the opportunities that have come my way and the people who have supported me. I am excited to see what the future holds and am determined to continue pursuing my dreams and positively impacting the world. In my free time, I enjoy playing the piano, swimming, traveling, playing sports, cooking, blogging, volunteering as a web developer for non-profits, reading, consulting, teaching, and creative writing.