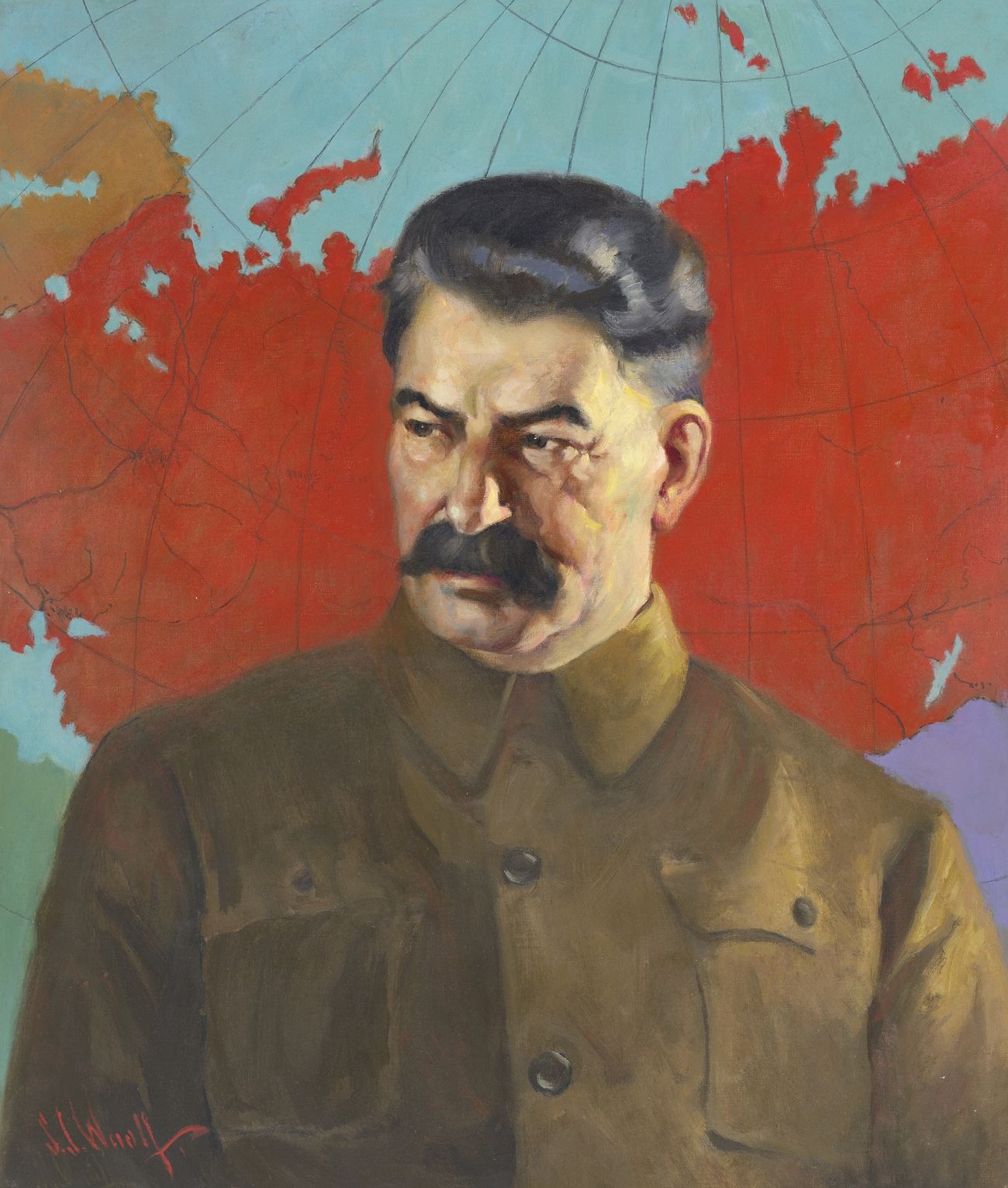 The USSR under Stalin was a dictatorship that led to the suffering of millions of Ukrainians. In this article, we will walk through: the collectivization of agriculture, the famine (Holodomor) of 1932-33, the purges of the 1930s, the deportations of the 1940s, the forced labor camps, the persecution of the Ukrainian intelligentsia, and the suppression of Ukrainian culture.

Under Stalin’s rule, the USSR imposed many oppressive measures on Ukrainians, including collectivization of agriculture, the Holodomor famine, purges, deportations, labor camps, persecution of the intelligentsia, and suppression of culture. These measures led to immense suffering for millions of Ukrainians.

The collectivization of agriculture

The Ukrainian Holodomor (famine) was a human-made famine in 1932 and 1933 that killed millions of Ukrainians. The Soviet government confiscated and held grain and livestock. They refused to assist those struggling to survive, which caused the famine. In the early 1930s, Stalin’s policies of collectivization and forced grain requisitioning led to the famine of 1932-33.

Many who know the history of Holodomor under Stalin compare it to the Holocaust. The Holodomor is a sensitive topic in Ukraine and Russia, and many people do not believe it happened or was as bad as it is said to have been.

The Soviet government, under Stalin’s rule, sent many to labor camps, where they died of exposure, disease, and malnutrition.

The Holodomor was a tragedy of immense proportions. The number of deaths from the Holodomor is unknown, but it is estimated that between 3 and 7 million Ukrainians perished. The lasting impact of the famine can still be felt in Ukraine today, both in terms of the physical and psychological damage it inflicted on the Ukrainian people.

Stalin’s purges were a series of political repression and persecution campaigns in the Soviet Union from the late 1920s to the early 1950s. The purges’ goal was to remove all perceived opponents of Stalin’s rule, and many of those arrested and executed were Ukrainian. The purges led to the death of millions of Ukrainians.

The first significant purge was the Great Purge of 1936-1938, during which Stalin had many of his opponents arrested and executed. The Great Purge had many smaller purges, including the Leningrad Affair of 1948-1952 and the Doctors’ Plot of 1952-1953. The purges led to the death of millions of Ukrainians, as well as many other people from other ethnic groups in the Soviet Union.

The Great Purge began with the arrest and execution of Soviet leader Leon Trotsky in September 1940. Trotsky was a leading opponent of Stalin’s rule, and his death removed a significant threat to Stalin’s power. Over the next two years, Stalin’s secret police, the NKVD, arrested and executed thousands of people accused of being “enemies of the state.” Many of those arrested and executed were Ukrainian.

The Doctor’s Plot was a purge that occurred in 1952-1953 in which Stalin had many doctors arrested and executed on false charges.

The Soviet Union under Stalin was an atheistic state, and Ukrainians had to learn Russian and adopt Russian culture. The Soviet Union promoted a form of atheism that was hostile to religion. The government banned religious institutions and persecuted religious believers. Ukrainians were required to learn Russian, and many had to adopt Russian cultural norms. The government also used propaganda to brainwash Ukrainians into believing that the Soviet system was superior to any other form of government. The Ukrainian people were not allowed to dissent from the Soviet regime, and many who did so were arrested and executed.

The deportations of the 1940s

The deportations began in late 1941, after the start of World War II, as part of Stalin’s efforts to consolidate power and control over the Soviet population. Over the next few years, millions of people were moved forcefully to various parts of the USSR, with many ending up in labor camps or prisons.

Most of those deported were Ukrainian, although other nationalities were also affected. The total number of people deported is unknown, but it is estimated that between 2 and 7 million people left their homes forcefully during this time.

The deportations had a devastating impact on Ukrainian society. Many families were split up, with children sent to orphanages or foster homes. Those who managed to stay together often lived in cramped and overcrowded conditions.

Many people died due to the deportations, either from starvation or disease. Others perished in labor camps or prisons. The exact number of deaths is unknown, but it is estimated that between 1 and 2 million people died during this time.

The legacy of the deportations is still felt by many Ukrainians today. Many people still have difficulty talking about what happened to them during this time. For many families, it was a traumatic event that left them scarred for life.

Many Ukrainians were forced into labor camps, where they suffered greatly. The forced labor camps were a direct result of Stalin’s policies and led to the suffering of many Ukrainians. The conditions in the camps were often brutal, and many inmates were worked to death. The labor camps also suppressed any dissent or resistance to Stalin’s rule.

The forced labor camps suppressed any dissent or resistance to Stalin’s rule and helped to keep people in line, and prevented them from speaking out against Stalin’s regime. Anyone seen as an enemy of the state was sent to the base. There they would be tortured and killed.

The persecution of the Ukrainian intelligentsia

The persecution of the Ukrainian intelligentsia was one of the most tragic aspects of Stalin’s rule. The Soviet Union’s ” indigenization ” policy in the 1920s led to the focus on rooting out “counter-revolutionary” elements in the 1930s. This led to many Ukrainians being imprisoned or executed. The deportations to forced labor camps in the 1940s also led to the suffering of many Ukrainians. The legacy of Stalin’s repression is still felt today by many Ukrainians.

The persecution of the Ukrainian Church

Stalin persecuted the Ukrainian Church, and many of its leaders were imprisoned or executed. The suppression of the Church and its forced merger with the Russian Orthodox Church directly resulted from Stalin’s policies. The persecution of the Ukrainian Church led to the suffering of many Ukrainians and had a devastating impact on Ukrainian culture.

The Ukrainian Church was one of the main targets of Stalin’s persecution. Many of its leaders were arrested or executed, and the government confiscated their properties. The Church had to merge with the Russian Orthodox Church, which directly resulted from Stalin’s policies.

The suppression of Ukrainian culture

Stalin also persecuted artists and musicians. Many were required to conform to the Soviet aesthetic or risk being arrested or executed, which suppressed many forms of Ukrainian art and music and negatively impacted Ukrainian culture.

Conclusion: The legacy of Stalin’s rule

The Soviet Union under Stalin was a dictatorship that controlled every aspect of people’s lives. The Communist Party held complete control over the government and the people.

Terror and violence characterized Stalin’s rule. Secret police organizations like the NKVD and the KGB used violence and terror to maintain control. People who were critical of Stalin’s regime were often arrested and killed. The Soviet Union under Stalin was a dictatorship where people did not have freedom of speech or assembly.

To learn more about the history, traditions, and life of orphans in Ukraine, please read “Vitaly.”

Below is the Ukraine War Map. Here you'll find the current situation in Ukraine and where the Russian army has its presence. Ukrainians stood firm in defending the freedom that they fought for over three hundred years.
Vitaly MagidovMarch 7, 2022
Ukraine History & PlacesUkraine War Today

Vitaly Book: In the 1940s, Chernivtsi, Ukraine, was formed. During the Ukrainian war crisis, it opened its shelters to its habitats.
Vitaly MagidovMarch 5, 2022
Ukraine History & PlacesUkraine War Today

Top 10 largest cities in Ukraine: Introduction The Vitaly book delves into the author's homeland of Ukraine, a large European country known for its natural and artificial beauty.  As one of the largest countries in Europe, Ukraine is known for its stunning natural beauty and rich cultural history. Visitors can…
Vitaly MagidovMarch 2, 2022

As a young adult, I faced many challenges and obstacles, but I never let them hold me back. I worked hard to achieve my goals and pursued my dreams with determination and perseverance. After arriving in the United States, I worked hard to learn the language and adapt to a new culture. Despite the challenges I faced, I was able to make a life for myself and succeed in my studies and career. Throughout my journey, I have learned the importance of resilience and never giving up. I have faced many difficult situations and challenges, but I have always found a way to overcome them and become more assertive on the other side. Today, I am proud of the life I have built for myself and the accomplishments I have achieved. I am grateful for the opportunities that have come my way and the people who have supported me. I am excited to see what the future holds and am determined to continue pursuing my dreams and positively impacting the world. In my free time, I enjoy playing the piano, swimming, traveling, playing sports, cooking, blogging, volunteering as a web developer for non-profits, reading, consulting, teaching, and creative writing.